Indeed this business which is tucked upstairs Norman Center on Broad Street in Bridgetown, is true to its name. As the name also highlights this cafe is very much the embodiment of those “finest moments to savour“…

When we visited this neat cafe owned and operated by CP Alum – Caleb Cooke, the vibrancy of the space was infectious. In fact the staff were also in tuned to deliver on a service which made our team visit them at least three consecutive days in a row. Whether it was just for the engaging banter offered as we stepped through the doors or just to get replenished our new found taste in the brownies.

*Editor’s Side Note – We tried the brownies…for sure, they were very heavy for their weight and the sizes were the largest we’ve seen around town. Further more – we were hooked on the chocolaty taste and when you “savour” a taste – the double chocolate mixed along with the bits of  real chocolate made your taste buds “pop”! *

On having a chat with this Old Scholar – Caleb as a business person, he seems to have his wits and business acumen on about him. Established in September 2011, (Yes! This is anniversary month here…) Cooke’s Finest – started out as an online only based business. The emerging technology of digital marketing, positioned this small business into a space that was under-served at the time…The hustle ensued since the online business growth meant that the delivery process had to evolve and continuously catch up with the demand for cakes and pastries. This meant that to enhance efficiency with this ensuing growth spurt – there was now the need for a fixed (brick and mortar) location. The customer base now wanted some place to go. Caleb made this happen, and you can easily walk in or call in your special order.

One of the biggest moments of Cooke’s Finest and Caleb has been the opening of this Cafe, as it was one of his “longtime” dreams – especially moving from the virtual space to this one in Bridgetown. Further to this – Caleb has realised that he has become a role model to others. He especially acknowledges that his standard of work has to be significantly outstanding as a business owner and as a pastry chef. 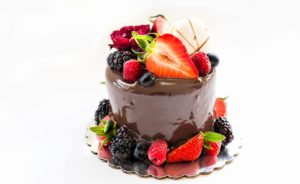 Then we were curious as to why anyone would want to do business with Cooke’s Finest? Caleb reminded us that there were key things which he has within his pervue…

Cooke’s Finest has their eyes set on being the major dessert company in Barbados with further sights on expansion beyond the Barbados shores. With such a phenomenal perspective he’s given as advice that “Success” however defined, does not come easy, and that those CP Students who are now about to leave school and enter the world of business should – Know their goals and work assiduously towards them. Lastly, he asks that young CP Alum – Work Hard and Play Hard!

Would he do it all over again? 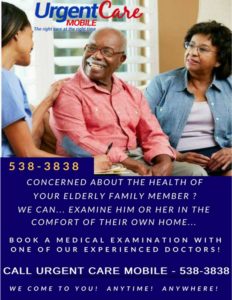